Unionization of a competitive labor market

At this point it will be useful to do a little curve-bending to see how unions distort the labor market. The discussion in this section is based on the following graph: 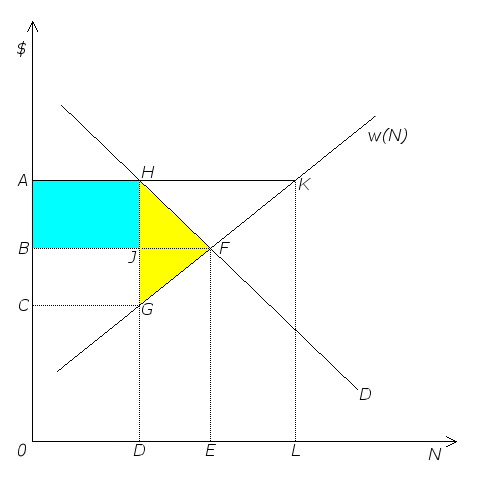 Figure 1. Effect of a union on a competitive labor market

The number of workers, N, is measured along the horizontal axis and wage rates and the value of the product of labor are measured vertically. The market illustrated in Figure 1 is competitive in the sense that there are enough workers, employers and potential employers that, in the absence of unions:

Here “wage” is understood to represent the total cost of hiring a worker, including benefits, for the specified period of time. It does not matter whether the labor market in question is for a particular craft or for a particular industry. The analysis would be the same in either case.

Employers’ collective demand schedule for labor is represented by the downward-sloping line labeled D. Its negative slope reflects the diminishing marginal productivity of labor. Individual employers will seek to hire more workers as long as the value of their contribution to output exceeds the wage that must be paid to them. However, because each worker has less of the other factors of production to work with as more workers are hired, the incremental gain from hiring new workers must decrease until eventually it falls below the wage rate. At that point, the employer will stop hiring new workers. Consequently, the value of the marginal product (VMP) schedule is an individual employer’s demand schedule for labor, and the market demand schedule is the horizontal sum of these individual VMP schedules.

The supply side of the labor market is represented by the wage function, w(N), which gives the wage rate required to persuade N workers to seek work in this particular market. Its upward slope reflects the diminishing pool of available labor as more workers are employed in the craft or industry. As workers in the craft or industry become fully employed, a premium must be paid to persuade workers in other crafts/industries to switch.

Labor market equilibrium is determined by the level of employment at which the highest wage employers are willing to pay is equal to the lowest wage workers will accept. In Figure 1, this is at point F, where 0E workers are employed at wage rate 0B. Significantly, nobody who is willing to work for 0B or a lower wage is unemployed.

Now look at the area between the labor supply and demand curves to the left of the equilibrium point, F. This area represents the surplus to be divided between workers and their employers. The area above line BF and below the labor demand curve is employer surplus, what hiring firms have available to pay non-labor factors of production after paying their workers. The area below BF and above the labor supply curve is the workers’ surplus, the return that is above the reservation wage of each employed worker. For example, 0D workers would be willing to work for the wage 0C, but they are receiving the same wage as everyone else, namely 0B.

Now suppose a union enters the picture. One might think that the only economic effect of the union would be to redistribute some of that surplus from employers to workers. In which case one would be wrong because, although redistributing the surplus is certainly one of the union’s goals, the way it tries to achieve that goal will result in a large part of it being irretrievably lost.

Going back to Figure 1, assume a union is able to secure a monopoly over labor in this craft or industry and forces employers to raise the wage from 0B to 0A. This is higher than the value of the marginal product of workers at employment level 0E. No business firm can afford to continue to employ workers who cost them more than they contribute to the value of output, so employers start laying off workers until the employment level has fallen to 0D, where once again the wage paid to workers is exactly equal to the value of their marginal product. In the process, DE workers have lost their jobs.

Now consider that surplus again. The union has, indeed, succeeded in redistributing some of the surplus. The turquoise-shaded area BAHJ represents surplus that has been taken from employers and given to those who still have jobs. But much of the rest of the surplus has been lost completely. Because DE fewer workers are now employed in this craft or industry, output has decreased and the total surplus has shrunk by the amount indicated by the yellow-shaded triangle GHF. This is a deadweight loss, not a redistribution. The upper portion of the triangle, JHF, represents the loss to employers while the lower portion, GJF is the loss to workers.

Actually, the triangle GJF understates the loss to the workers who have lost their jobs. They have lost more than just their surplus; they have lost all of their income as represented by the rectangle DJFE. In addition, involuntary unemployment in this craft or industry has increased. Since the union contract prohibits employers from paying less than the union wage 0A, the effective labor supply curve they face is now indicated by the horizontal line from point A to point K, where it rejoins the original labor supply schedule. At that wage 0L workers would like to be working in that craft or industry, but only 0D are hired. As a result, there are DL frustrated job seekers, not just the DE who lost their jobs.